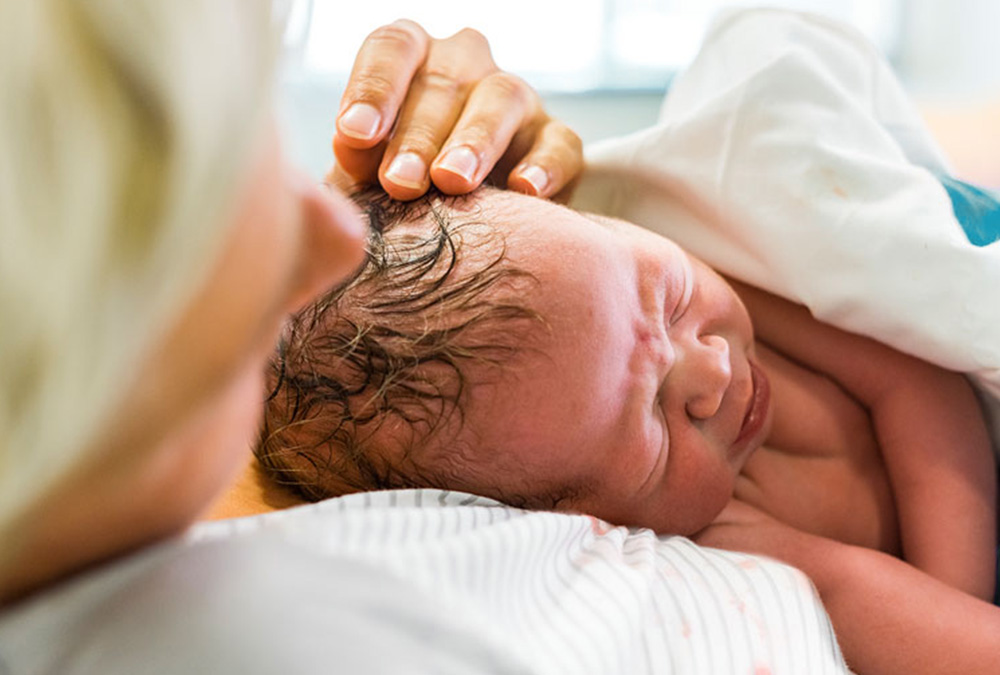 Newborn baby being checked for temperature

Did you know that newborns don’t shiver when they’re cold?

Shivering is a way for us to generate heat. The rapid expansion and contraction of muscles (shivering) creates heat to warm us.

So then why don’t newborns shiver when they’re cold? They don’t have to!

Babies are born something called brown fat. Newborns burn “brown fat” to generate heat instead of shivering until they are about 6 months old.

What is this brown fat, and is it different than regular fat?

Well, have you ever seen chicken fat? That glob of yellow stuff? That’s regular fat as we think of it. Commonly called “white fat”.

Sparing you the chemistry lesson, suffice it to say that white fat is stored excess calories. Brown fat burns calories to produce heat.

Infants are born with brown fat around their necks, backs, chests, and buttocks. It like they’re wearing a comfy sweater to keep them warm.

Babies lose most of their brown fat in the first couple of years. By six months old or so babies will shiver when cold instead of burning the little brown fat left.

How can you tell if an infant is cold if they don’t shiver?

Feel the nape of the infant’s neck. If it’s warm, all is well. If it’s sweaty or damp, baby may be too warm. If it’s cool, add another layer of clothing. You won’t be able to tell much by the temperature of the hands and feet, as they are typically cool due to immature circulation.

A Cure for the Postpartum Chills